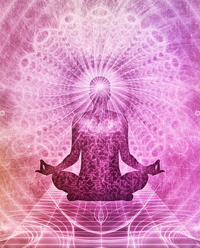 What is the difference between the terms "Esotericism" and "New Age"?

The term "esotericism" finds its origin in the ancient Greek word "esōterikós", which literally means "internal". In today's usage, it means "secret knowledge" or a secret doctrine that conveys higher knowledge on a spiritual level and which, over time, when practised in profound esoteric practices, confers certain psychic abilities such as clairvoyance, telepathy and mind-reading, aura-sight, automatic writing and some more, which the practising persons regard as their own gifts. This almost invariably leads to a strong dependency in the persons concerned, as these supernatural abilities exert a fascination on the one hand, and lead to a certain sense of superiority and power on the other. These persons are sometimes given the power to heal diseases or to influence the fate of other people. Even if the persons concerned do not want to admit it, such healings massively happen at the expense of spirit and soul and are mostly not long-lasting or turn into the opposite.

In long-time practising esotericists, there often occur esoteric-occult burdens which are revealed by the fact that such persons can hear or even see spirits or demons speaking. Often they are afflicted by severe panic attacks and sometimes they feel an inner compulsion towards self-destruction or even suicide. When these people realise what they have let themselves in for and turn their backs on esotericism, all their supernatural abilities disappear at once. However, they have to expect that they will be exposed to fierce spiritual, but also physical attacks for a while, because the adversary does not surrender so easily without a fight.

Complete deliverance can only be obtained through a competent priest, with whom one confesses all esoteric and occult practices before God in the course of Holy Confession and implores Jesus for forgiveness for them. It is given to the priest to cut all demonic ties through an adequate prayer of deliverance. All esoteric aids and books in one's possession must be completely destroyed. One, however, is only really free if one entrusts one's further life to God and from now on walks on one's path with Jesus.

The individual headings "Anneliese Scherer", "Martina Schmilewski" and a few others (in the menu on the left) provide information about this fatal development, which strongly has made its way into all areas and sometimes has not even stopped at churches and monasteries.

"New Age" (new age, new world order) designates a movement which started in 1962 and which has given rise to a completely new way of thinking. Man can find his "true identity" by expanding his consciousness and ultimately bring about his own salvation. The most diverse beliefs and world views are mixed and there is no personal God to whom one is not obliged to anything. New Age is mainly rooted in Far Eastern ideas and philosophies and aims at the union of man with the "spirit of the universe". The doctrine of rebirth has a special significance here.

Mag. Erika Gibello gives a remarkable lecture on the subject of New Age, which is printed as an article in her book ". . . now many Antichrists have come". You can view this article, which is available as an excerpt from her book here.       Read more

New Age & esotericism lead us into a separation from God. We thereby lose the clear view towards the light. We lose the ability to understand the Word of God.